All puppies bred here are DM normal-non carriers & all

parents dogs have full Embark DNA health panels. I can almost bet you won't find many breeders who do more testing.

(with proof & certificates ON line on each dogs page.)

$200 discount for MILITARY thank you for your service!

I want to see you and I want you to see the dogs/kennel.

Run away as fast as you can from any kennel you can't visit or pick up your puppy directly on sight if you want to & see the parents!

(I Will no longer ship puppies via airline (ALONE) you can always fly here pick up baby and fly back with pup under your seat that has worked very well for many of my people...also delivery is possible up to 18 hours away .. we are in the middle of the US so not to far from nearly anywhere..in the US .

Puppy nannies and Delivery are also an option for many. My husband will deliver to most places , Ground shippers are not recommend even though they can be fairly cheap the puppy often travels many days and can be very sick upon arrival..

Donate to Gred rides for charity , Proudly run by a Saber son & his owner:)

Proud to be one of the few ,AKC Breeder of Merit !!!

Now one of the few..Breeder.'s. Doing embark/wisdom testing which tests for over 190 genetic markers for disease.

click on the cert to see that & kennel inspection & AKC report.

"Experience the Difference of the Large, Old-fashioned German Shepherd bred for the Family "

German Shepherd Breeder of "Quality" not "Quantity" for more then 30 years.

Typical of old lines, our dogs are considered oversized for today's standards. They have straight backs and wide heads, as well as big bone and a calmer, family style temperament while still being protective. These dogs excel as: search and rescue dogs, high level obedience, guide dogs for the blind. However, size is secondary to longevity,brains, and athletic ability.I think it is fair to say I do more genetic tests then most breeders out there.. With that my main goal is Smart & healthy .ROYALAIR breeds dogs that we feel have superior brain power, you will be amazed at the ability of these shepherds... Bringing back what the shepherd used to be is my passion.

If you tell the truth you don't have to remember anything.- Mark Twain, 1894 -Motto I try to live by:)

Please excuse the spelling & or grammar on this sight .I am very dyslexic and find it almost impossible to edit my self , I update and write things all the time so my helpers cannot keep up with all I write if you see a page that is bad please e-mail me that page. This site after 20 years of writing & research has made my site very large and I have missed many pages. 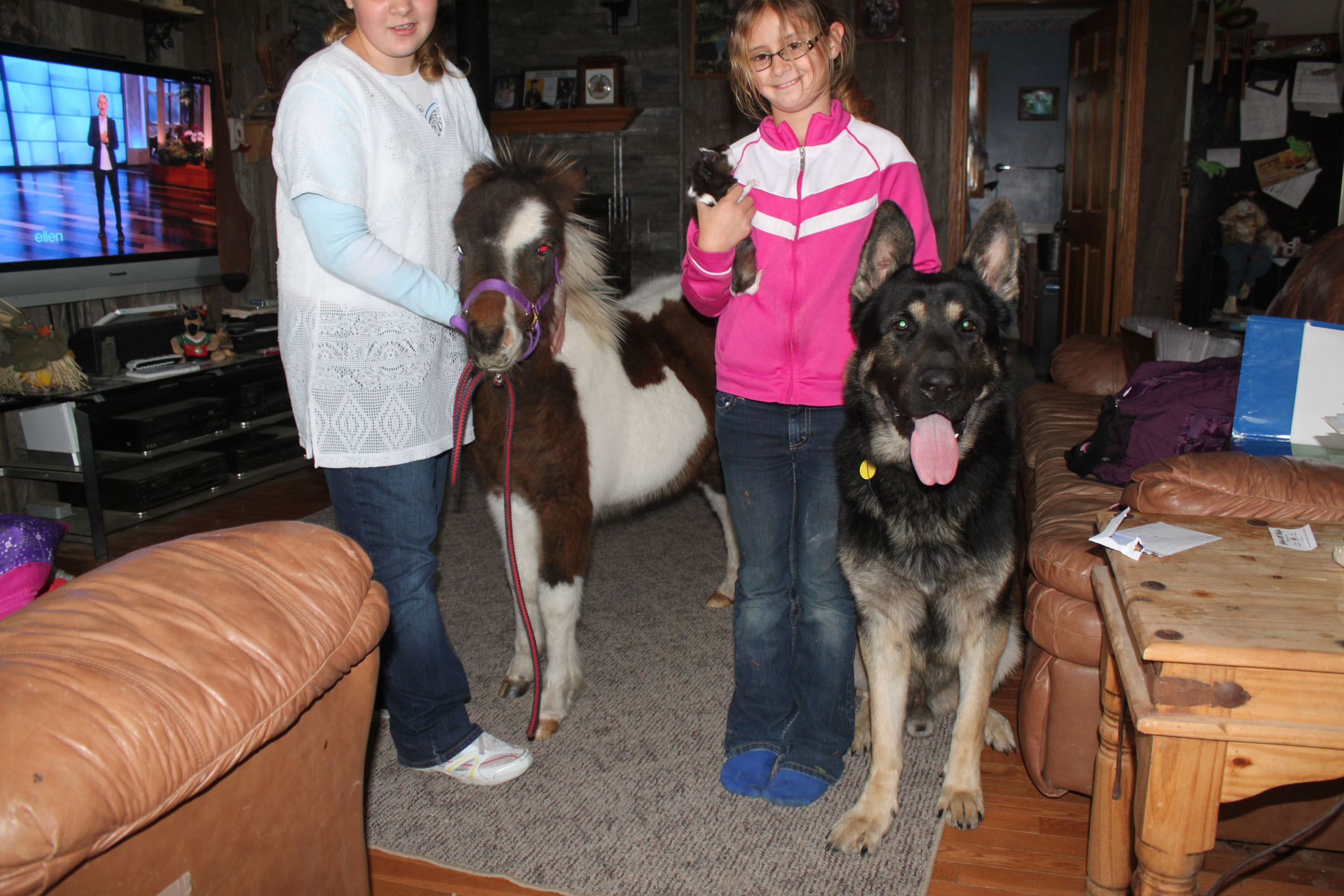 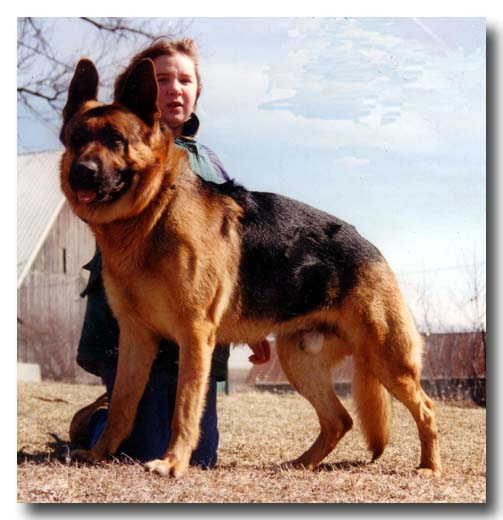 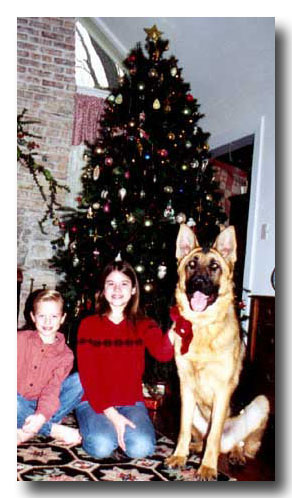 Large Black and Silvers, I also get white,blue and solid black on occasion. All these colors are known for smaller size but not in my lines! 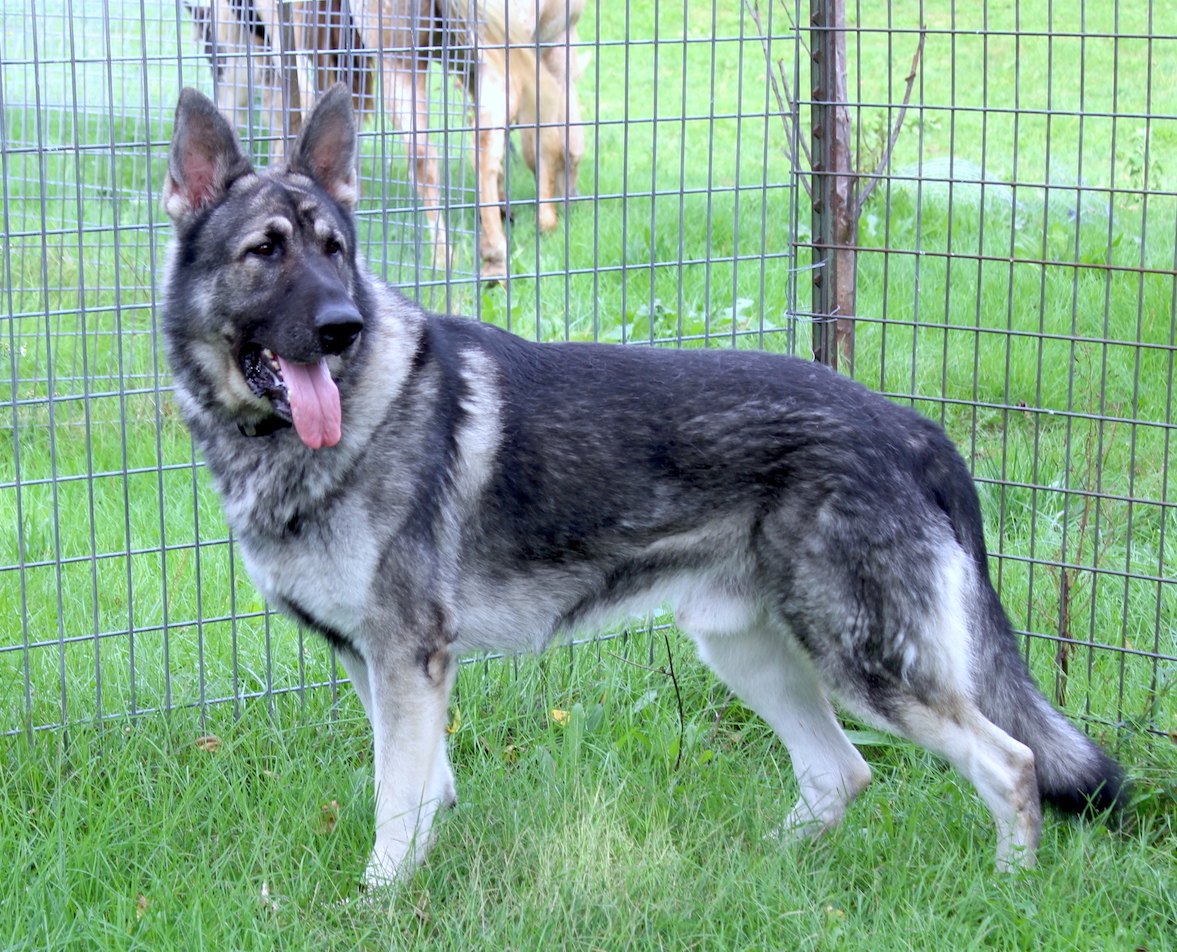 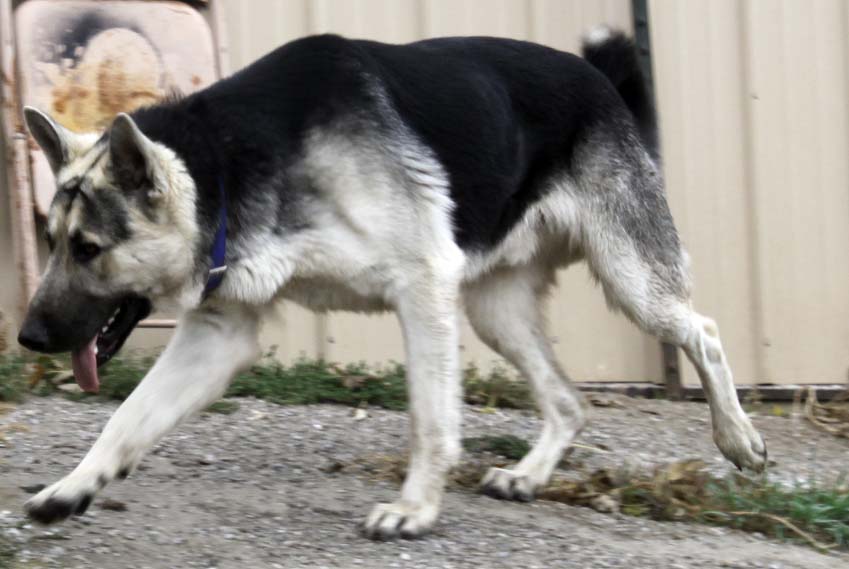 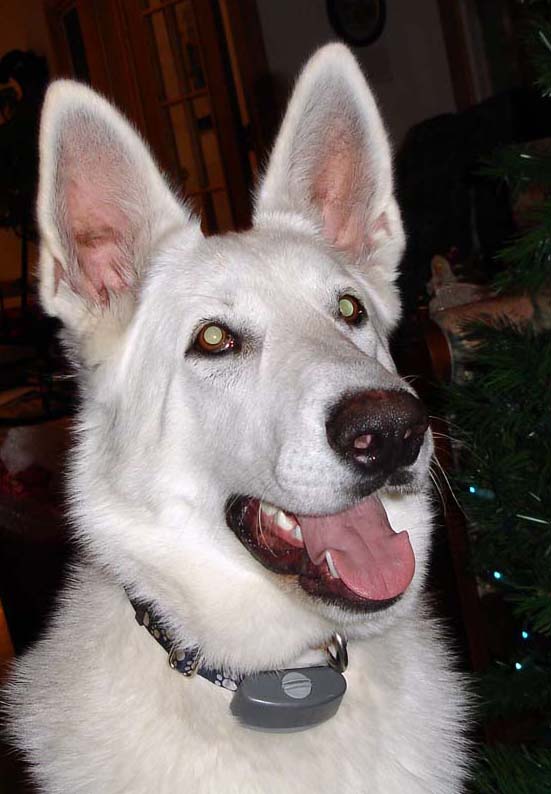 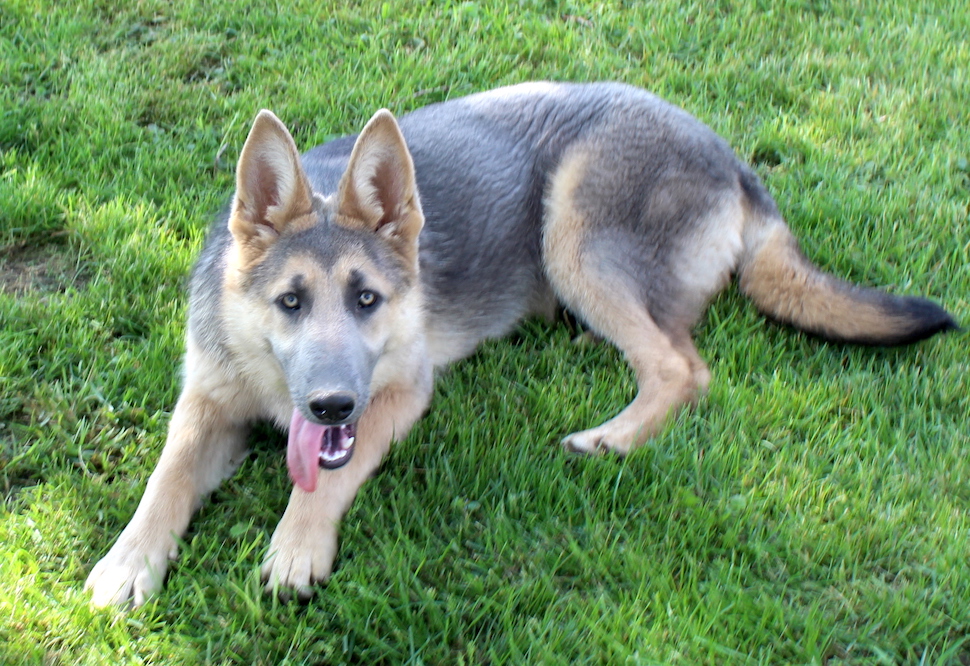 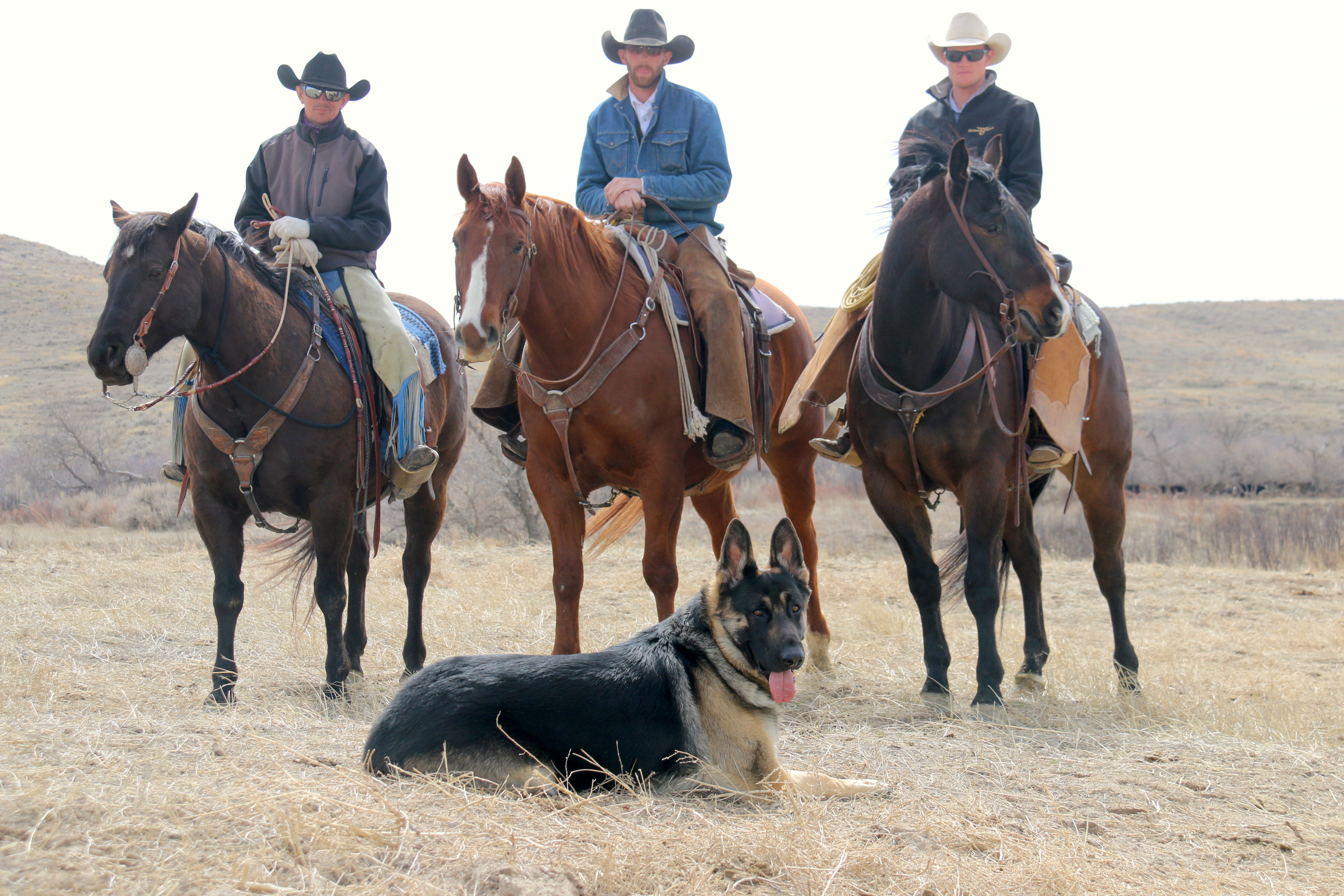 I have venmo now !

Please excuse the spelling & or grammar on this site .I am very dyslexic and find it almost impossible to edit my self , I update and write things all the time so my helpers cannot keep up with all I write if you see a page that is bad please email me that page. This site after 20 years of writing & research has become very large and I may have missed corrctions on many pages.

see shepherds at next day pets 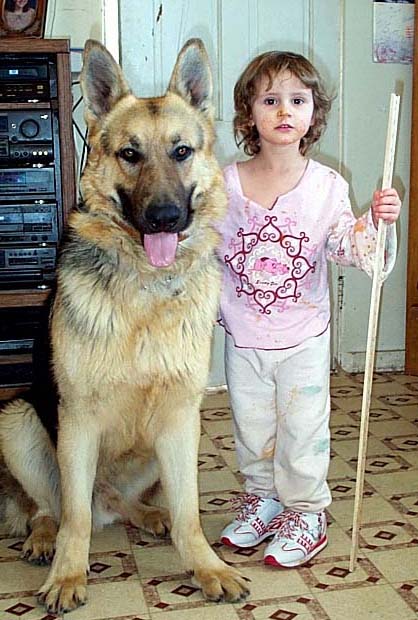 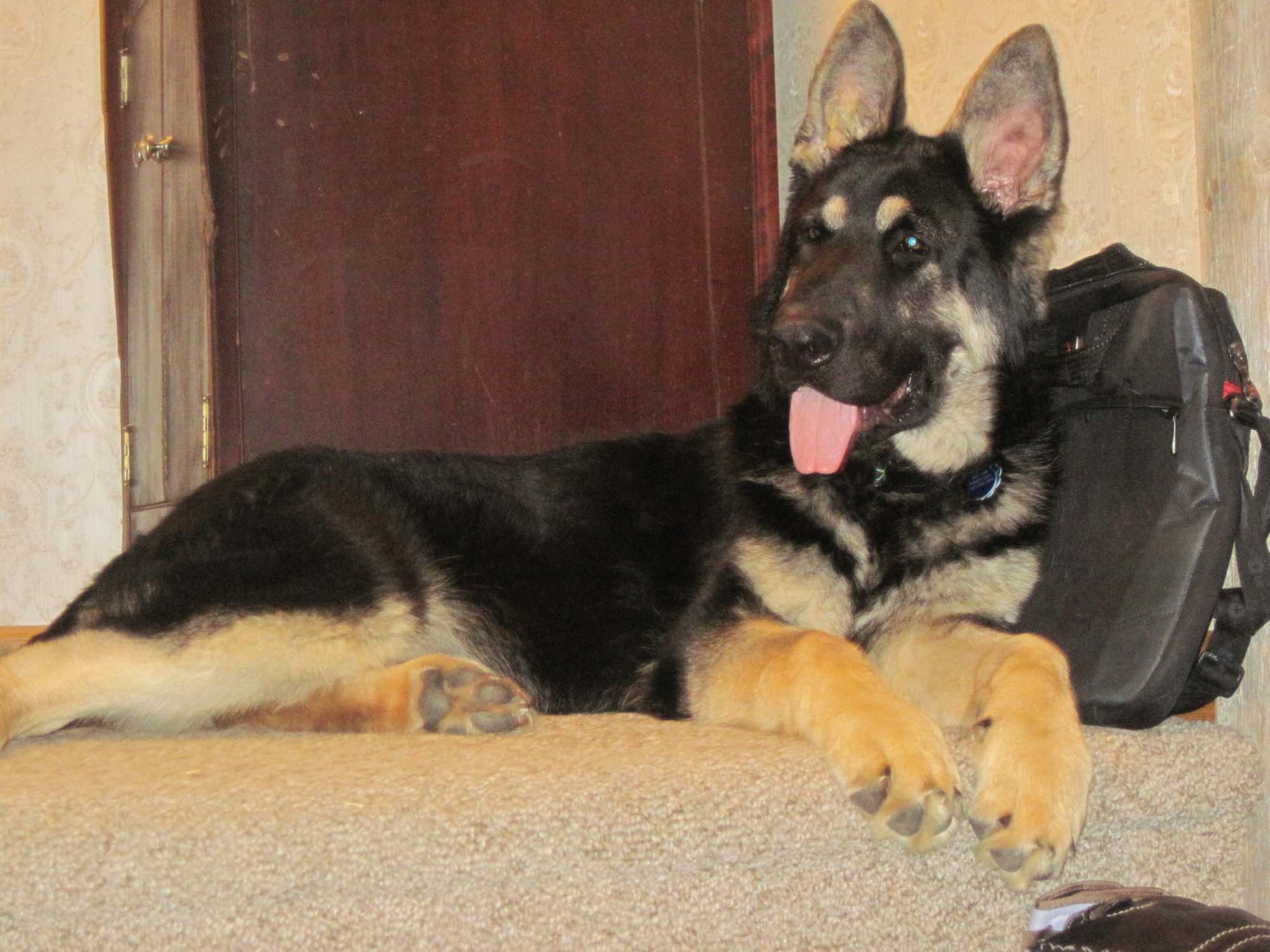 See my You Tube Page with all my dogs and family

We have other animals on our farm... All my animals sold as Pets only not for meat..

AIS PennHIP testing is accurate in puppies as young as 16 weeks of age. It gives an estimate of the risk for painful osteoarthritis (OA) of canine hip dysplasia (CHD) later in life. With this information, preventive and palliative strategies can be recommended by the PennHIP-trained veterinarian.

because of the extreme inconsitancy of OFA lately Penn hip is the only method for my dogs any more it is also much more acurate although it is triple the cost because of the mulitple x-rays and only certain trained vets can do it.

About OFA - Orthopedics Animals foundation of America a foundation for the registering of hips and elbows as well as other genetic diseases. It has been extremely helpful to me as a breeder to OFA-certify my dogs. To check out any breeder type in the breed and kennel name such as mine (ROYALAIR) at the web site above for your own research. If the breeders have been breeding a long time you should see lots of names......

About AKC & Other dog registries: AKC & UKC are the ONLY All breed registries with a DNA program -Beware of puppy mill registries such as APR (american pet registry), & AKA as well as others. You are supporting puppy mills if you buy a dog with these registries as they are mainly for puppy mill breeders, You know what you get with AKC because of record inspections and DNA. All Buyers should beware! Here is a good example: two APR kennels close to me raise GSD's. Both are breeding females that are not German Shepherds (they looked like husky crosses) but are registering them as German Shepherds and the registry does not care. I have personally seen it and so have many others. Support "good breeders" and, no matter what the breed, buy AKC/UKC.

Are you looking for size? Here are some pointers!

#1. Most breeders of large german shepherds exaggerate by 50 lbs and several inches or more!

#2 . Vet certified weight means nothing if you can't call the vet !

# 3. Size means little if temper , health and longevity are not there !